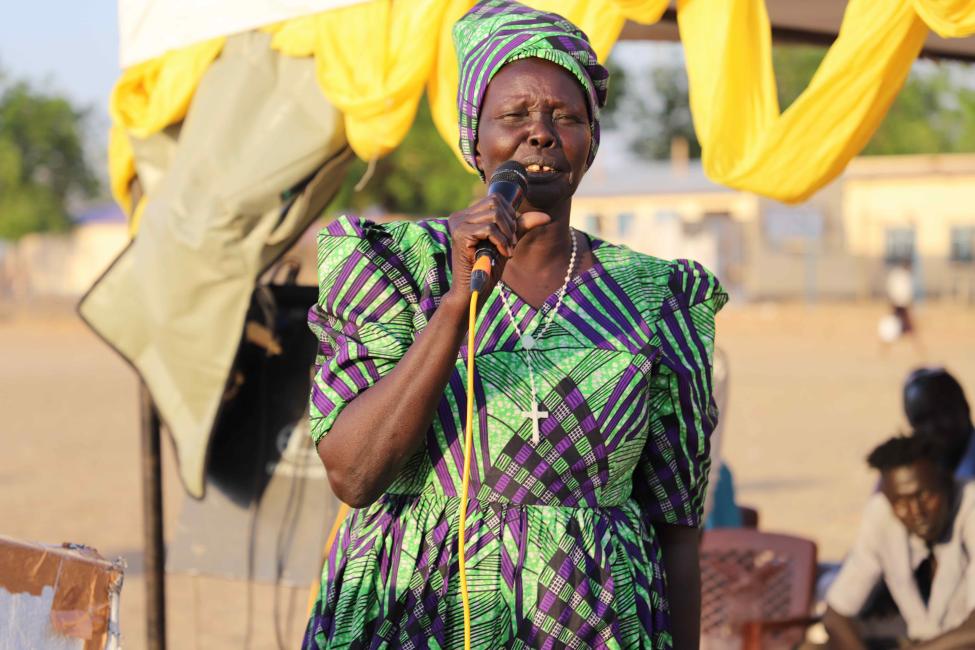 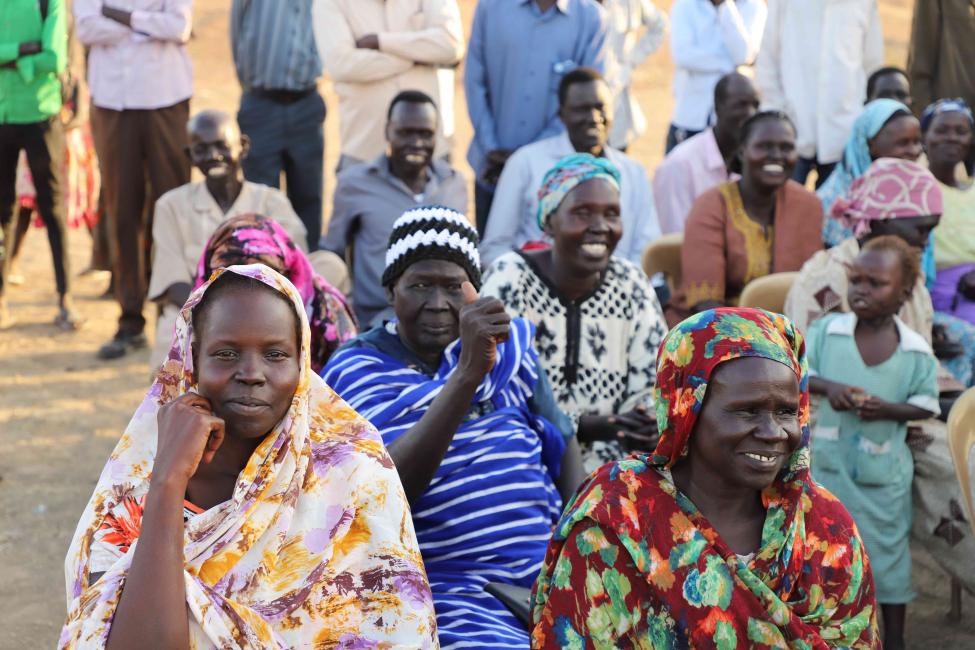 Women at the event 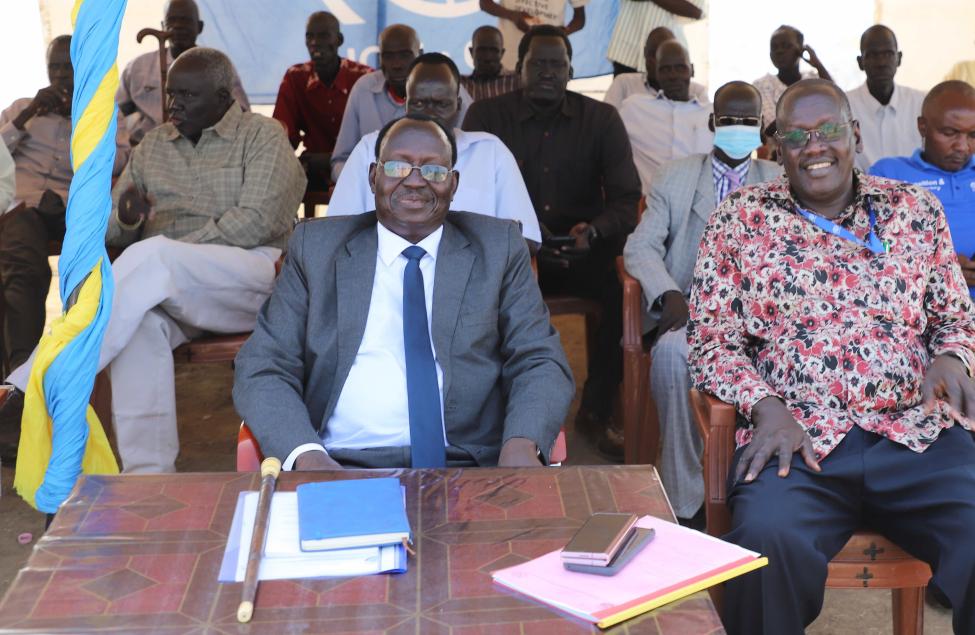 “Now I can die a happy man, a Chief just told me,” the Chief Administrator of Abyei Administrative Area, Mr. Kuol Diem Kuol noted at the closing ceremony in Freedom Square, Abyei, on Monday. He said, "I can now tell my ancestors, that the court system is back in place.”

The words were spoken after three days of workshop, where the nine Chiefdoms of Abyei formed thirteen new customary courts. They have reviewed the customary laws and aligned them to international norms and standards. The new courts will comprise of nine Chief’s Courts, three Town Courts and one Customary Law Advisory Council. And for the first time it will have 16 female representatives.

“As women, we are very excited, because this is the first time in the history of Ngok Dinka to have female members of the court. It is our opportunity to demonstrate, that we can do as well as the men,” said Nyanmou Aguei Deng, member of the Abyei town court.

The weekend’s workshop in Abyei is preceeded by a community driven review of customary law and documentation of customary laws, which are central in the juridical system in South Sudan.

“The system forms a critical component of rule of law,” the former judge Mr. Deng Biong Mijak pointed out. “The reality is that 80% of litigation in this country is based on customary law. Now we have reviewed the customary laws of the Ngok Dinka and the next step is empowering the organs that are going to implement it, which are the local courts,” Mr. Mijak said.

IOM (International Organization of Migration) has supported the forums that brought together traditional leaders, the legal department, women and youth leaders as well as the local administration. Abyei is especially vulnerable to climate change induced migration such as flooding and drought which increases pressures on natural resources and inter-communal relationships, functioning structures and and legal system is a critical component for ensuring justice and accountability.

According to the cheering crowd and the speakers, this is highly needed. The revised customary laws are now better aligned to principles of human rights and equality. The customary laws are also streamlined, and communities have a better understanding of their role in regards to customary law and traditional court procedures in Abyei Administrative Area.

“On behalf of the whole of Abyei I would like to thank the people of the Netherlands and United States of America, who have supported us through IOM. We are very grateful for this help, which will give peace and justice to this area,” the Chief Administrator, Honorable Kuol Diem Kuol concluded at the ceremony.

IOM has supported the customary review process by facilitating review workshops that sought to ascertain the status of the Ngok Dinka customary laws and, where possible, discussed reviews and suggested amendments. The workshops, also, examined the traditional chief and court structures and advised streamlining, reforms, and establishment of local customary law courts with judicial warrants.