A Green and Clean Future Beckons for South Sudan 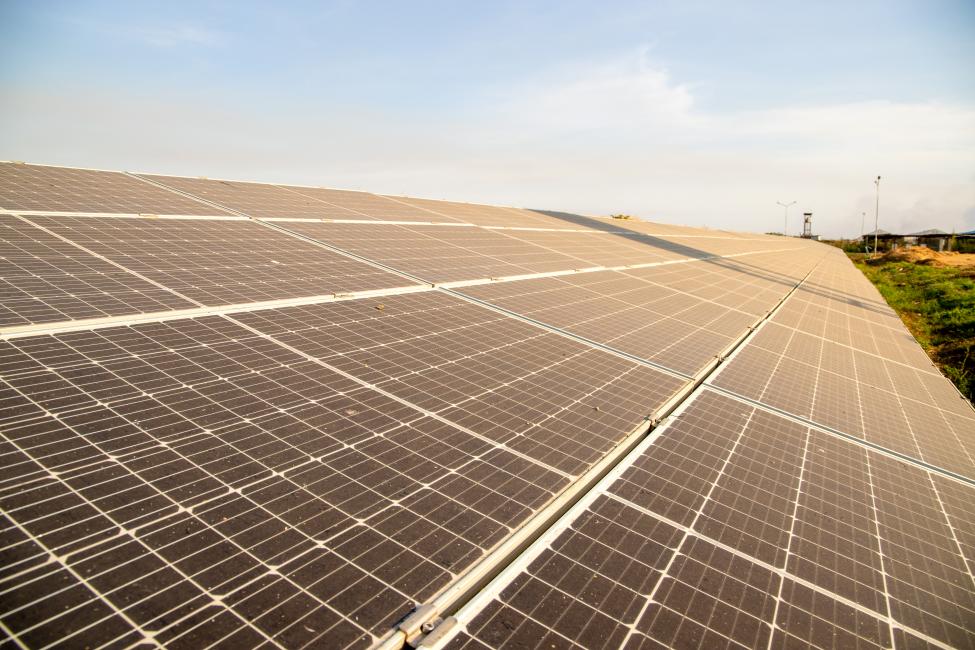 Malakal – Over the past period, the International Organization for Migration (IOM) has significantly increased its use of solar power across South Sudan. One example is the IOM managed solar plant that supplies electricity to the Humanitarian Hub in Malakal. The Hub, which has been listed as one of the twelve environmentally friendly practices in the global Compendium of Good Practices for a Greener Humanitarian Response published by the European Civil Protection and Humanitarian Aid Operations (ECHO), provides living and office space to over three hundred humanitarian workers. The generation of solar power reduces the carbon footprint of the Hub, but, beyond that, also points to the potential that solar power holds for the future of South Sudan.

When an organization generates electricity through renewable energy – solar power being one of them – it generates “carbon credits”. These carbon credits can be traded on the international market for hard cash. In the case of the Humanitarian Hub in Malakal, IOM generated sufficient carbon credits to fund equipping the Malakal Teaching Hospital with a solar plant and compatible power bank. This, in turn, will enable the Hospital’s critical care units to function full-time, with a reliable and cost-effective green power system. The impact on the local population is clear: Malakal Teaching Hospital is the only hospital in the area, serving over 80,000 people in Malakal town and the surrounding counties.

This project is clearly a success in and by itself. Indeed, it’s the first time globally that a UN Agency or an international NGO trades carbon credits on the international market. Something that would not have been possible without the collaboration between IOM and Energy Peace Partners (EPP). But it also points to where the future of South Sudan’s energy provision lies and, similarly, what a more widespread use of solar power could mean for the development of this young nation.

Where it is available, electricity in South Sudan today mostly comes from diesel powered generators. As the IOM project shows, focusing much needed investment to increase the access to electricity on solar power and gradually phasing out diesel generated electricity would have multiple beneficial effects. Solar power is cheaper, cleaner and longer lasting. Diesel generators continuously require new diesel to burn and generators must be replaced every few years. A solar panel can reliable produce electricity for up to twenty-five years, with limited maintenance. It also reduces the negative environmental and public health impact of burning often bad quality diesel. Finally, scaling up the use of solar power in, for example, public buildings would also provide South Sudan with an additional source of income through selling carbon credits on the international market.

South Sudan is blessed with on average eight hours of sunshine a day, with high solar power potential. The country has abundant available land, some of which could be used to establish solar farms. There is no question that dramatically increased access to electricity is one important condition for unlocking the economic potential this young nation has. The IOM experience shows that, to address this pressing need, the power of the sun may, in this regard, well be much more important than oil.  Peace and security permitting, a cleaner and greener future really does beckon for South Sudan.

Project on Housing, Land and Property Disputes Launched in Wau