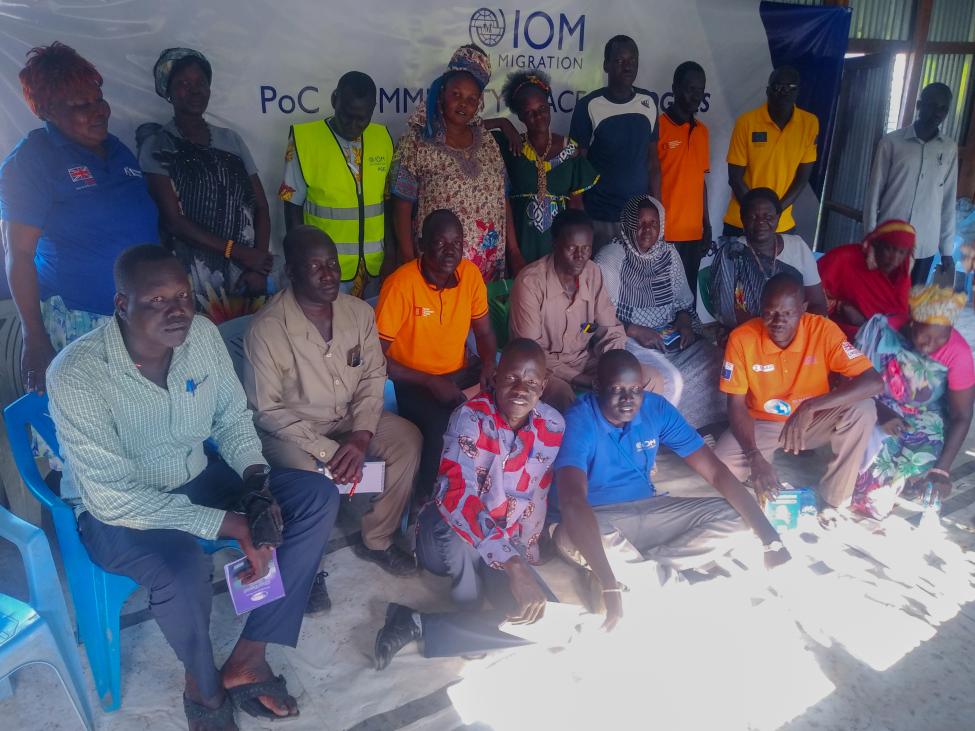 Malakal - Following recent tensions and hostilities in the Malakal Protection of Civilian (PoC) Site, the International Organization for Migration has kicked off a series of dialogues that will run between 4th-24th October on Cultivating Peace and Promoting Diversity. The Peace Dialogues aim to bring together youth, women, elders, and block leaders to identify root causes of recent hostilities and possible solutions to ongoing tensions. This peacebuilding intervention will create platforms for dialogue on issues that drive conflict and can potentially trigger violence. Each of the seven blocks in the PoC will have a one-day dialogue which may lead to entry points for a joint dialogue for reconciliation between participating groups.

Spearheaded by IOM’s Transition and Recovery efforts, the programme is designed to rebuild relations and trust among the internally displaced communities living in the PoC in order to promote peaceful co-existence.

“The Peace Dialogues provide opportunity for everyone in the community to express their feelings and engage in a constructive conversation. That is why we are bringing representatives together from all groups, including women representatives in the PoC to voice their concerns and find solutions collaboratively. We believe that these peace dialogues must be inclusive” said Thudan Gai Majiok, IOM South Sudan Transition and Recovery Peacebuilding Officer.

During the ongoing discussions, participants identified trauma from past experiences, alcoholism, ethnic differences, and unemployment as some of the major causes of conflicts in the PoC. Participants also added that one of the biggest challenges hindering their return to Malakal town is land conflict. In light of these concerns, participants encouraged the continuation of peace dialogues among POC residents and between Malakal town residents to rebuild trust.

“The war that happened in 2013-2018 terribly divided all the communities of Upper Nile State. The only way we can reconcile, rebuild trust and be able to forgive ourselves is if we actively participate in these dialogues”, said Stephen, one of the participants.

The initiative is generously funded by the Secretary General’s UN Peacebuilding Fund.