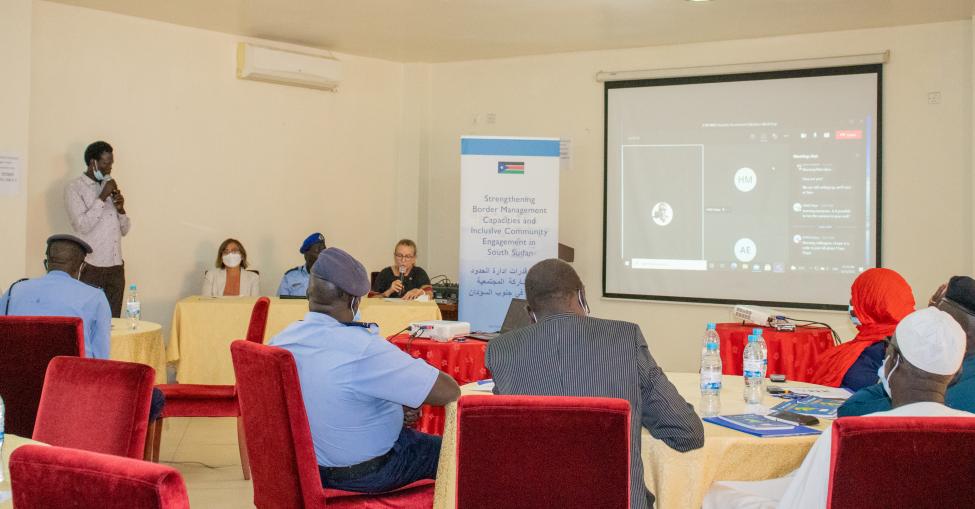 Juba – The International Organization for Migration (IOM) organized a validation workshop to present findings from a three-month baseline assessment on Community Policing, Women Peace and Security and Border Management in Renk County, in the northern region of South Sudan.

“Renk County has high potential to be prosperous as the opening of the borders will contribute to its socio-economic development,” said Lt. General James Pui Yak, Deputy Inspector General of Police said.

Lt. General Pui Yak highlighted maintaining peace and security as a precondition for prosperous development, calling on the County Commissioner “to ensure the safety and security of development partners, in particular to the NGOs.”

“International and national development partner agencies are here to support us, to contribute to our prosperity; any attack to their operations will negatively affect the South Sudanese communities they serve,” he added.

Senior Desk Officer of German Government, Beate Müller-Grunewald emphasized the importance of strengthening border management capacities as it will “contribute to cross-border relations with Sudan and increase people-to-people contact which will contribute to a long-lasting sustainable peace in South Sudan.

“The project links individuals, communities, and institutions, and engage with community members that do not traditionally or currently have a voice in decision-making, such as women, youth, people living with disabilities, and ethnic minorities. The project will integrate a gender-mainstreaming and human rights approach throughout the project cycle which will aim to proactively tackle existing gender disparities and power inequalities”, said IOM South Sudan’s Program Coordinator of Migration Management, Fitriana Nur.

The findings highlighted that residents regarded Renk as a safe place, with a low number of violent cases reported. Ninety-five percent of residents of Renk consider their community somewhat or very safe and 70% consider their security to have improved in the past year. However, early marriage, forced marriage and domestic violence are reported to occur at high rates with; key informants reporting up to 75% of girls in Renk will be married before they turn 18 years old.

People generally like the police even though they haven’t directly interacted with them and consider them lacking in training, equipment, and personnel.