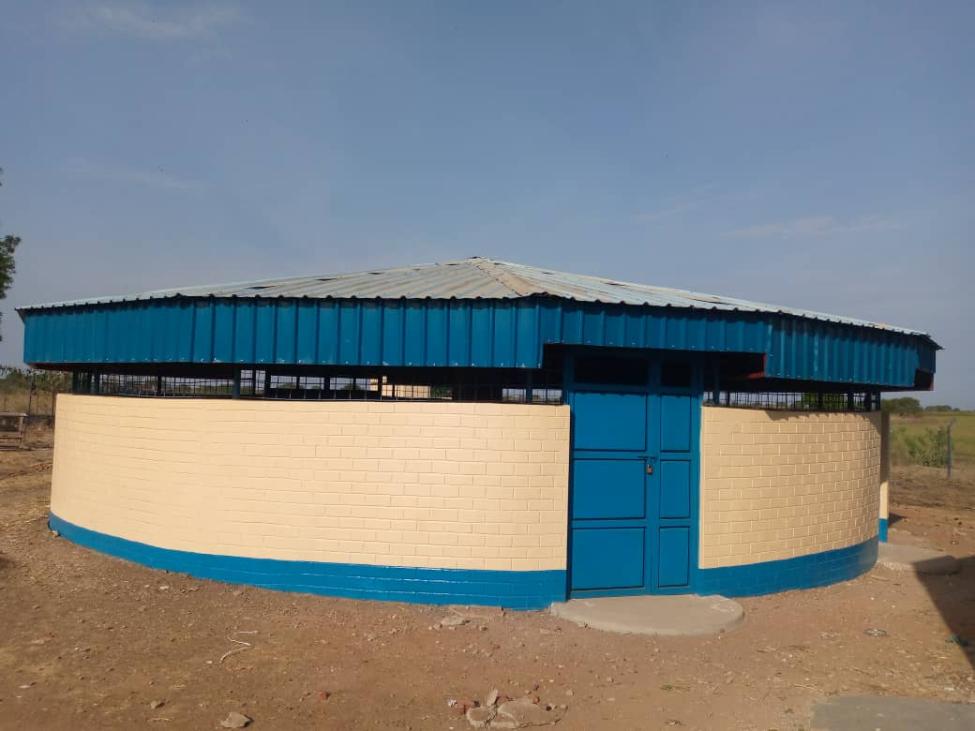 The court room will serve as a key place for traditional justice in Abyei. Photo: IOM/Jackson Meshack

Abyei — The International Organization for Migration (IOM) has handed over a rehabilitated Traditional Court facility to authorities in Abyei Administrative Area.

This is the second court facility that IOM has renovated and handed over to authorities in Abyei following the completion of the traditional court in Agok in November 2021.

In Abyei, IOM has supported the customary law review process by facilitating workshops that sought to ascertain the status of the Ngok Dinka customary laws and, where possible, considered reviews and suggested amendments. Existing traditional chiefs and court structures were also examined, streamlined, and reformed to establish the local customary law courts with judicial warrants.

Many disputes that occur between community members in Abyei Administrative Area are arbitrated by traditional leaders in line with well-respected norms and traditions.

“The situation in Abyei would have been worse if customary law courts were not rehabilitated as the chiefs would have nowhere to meet to mediate arising disputes. These facilities go beyond just physical structures; they are the cornerstone of peacebuilding and peaceful coexistence within our communities,” added Chol Thuc.

Prior to the rehabilitation of these courts, chiefs would meet under trees exposed to the harsh weather – sun or rain.

“It was the commitment of the chiefs working under trees to provide justice through the application of Ngok traditional laws, values and norms to its community in promoting peace and reconciliation that attracted organizations to support them.”

The head of the Community Protection Committee (CPC), John Bak believes traditional courts are helping in reducing the workload for the CPC as well as solving a lot of cases, which in turn help community protection efforts.

“Without the customary law courts, the CPC would be overloaded with work,” said Bak, thanking IOM for supporting the rehabilitation of the traditional courts in the area.

“We appreciate the repair of existing latrines, construction of new latrines, repair of the court and office buildings and also improvements in our fencing. Doors for the courtroom are now opening well and we appreciate it,” said the paramount Chief, Bulabek Deng Kuol.

“IOM remains committed to support systems that contribute towards peaceful coexistence in the Abyei Administrative Area. With funding from USAID and the Kingdom of Netherlands, IOM was able to support both this rehabilitation and the recent successful Ngok Dinka Customary Law Review process. IOM’s continuous efforts to ensure that there are facilities available to enable the court systems to function are a demonstration of our commitment,” said IOM’s Program Engineer, Jackson Meshack.

This project was implemented by IOM's Transition and Recovery Unit with funding from USAID and the Kingdom of Netherlands.

Conversations with Labour Migrants: IOM hosts a panel discussion and a photo exhibition ahead of International Migrants Day