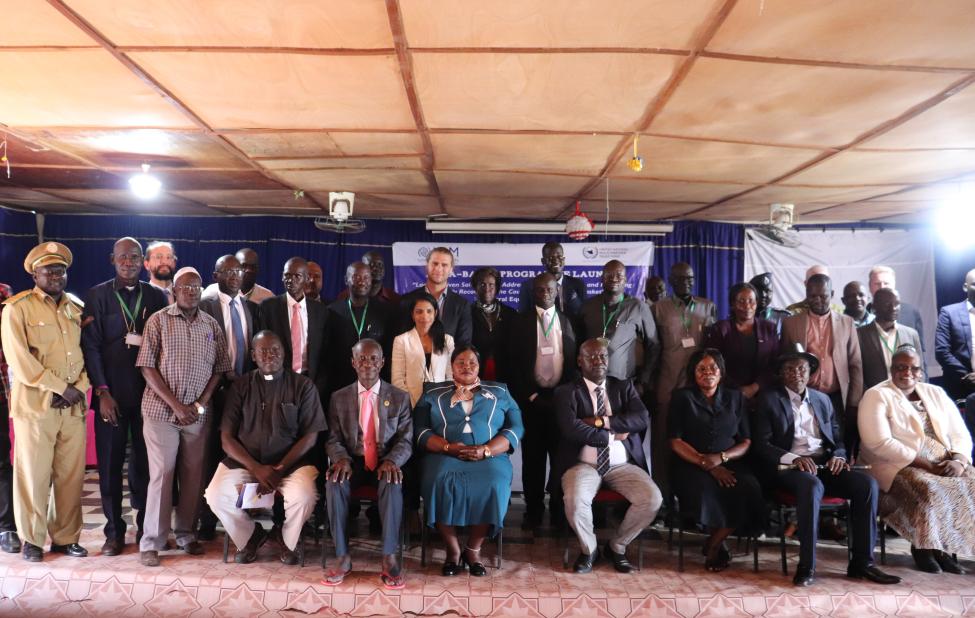 The project is funded by the United Nations Multi-Partner Trust Fund on to support reconciliation, stabilization and resilience in Yei, Lainya, Morobo, and Kajo Keji counties, also referred to as Greater Yei, through locally driven solutions.

Speaking during the launch, Hon. Kuol observed that enhanced peace and social cohesion in southern Central Equatoria will have a spill over effects on other parts of the country. “If we fix Greater Yei, by extension we are fixing South Sudan,” the Minister said.

The interventions include peacebuilding activities for civilian and military groups, efforts to promote stabilization through support to the rule of law, and governance structures, and finally supporting efforts to expand capacities for resilience especially targeting young people and women, all aimed at creating entry points for political dialogue, and peaceful strategies for conflict resolution, management and prevention. These efforts contribute to creating an enabling environment for peaceful returns.

Speaking at the same event, the Deputy Governor of Central Equatoria State, Hon. Sarah Nene Redento stressed the need to increase the capacity of the local communities to increase their food production to not only meet their food needs but also supply other parts of the country.

Considered to be an island of stability and the breadbasket of South Sudan, southern Central Equatoria was destabilized after the collapse of the 2015 peace deal as conflict forced thousands to flee into IDP and refugee camps, leaving their towns and livelihoods destroyed.

“To help the region recover, the area-based programme will enhance local capacities for the peaceful resolution of conflicts and disputes arising out of competition over land and resources between communities, while at the same time promoting early recovery and resilience to revive the region’s potential for production and development,” said Benjamin Moore, IOM’s Transition and Recovery Programme Coordinator.

The launch was witnessed by government, religious, and community representatives from the four counties.